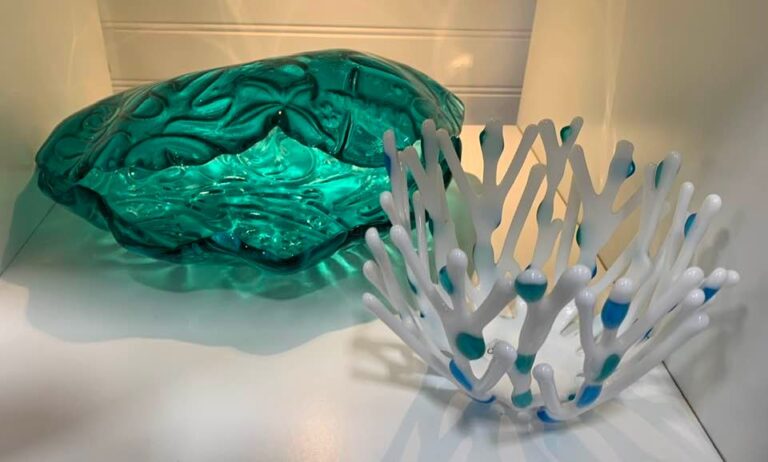 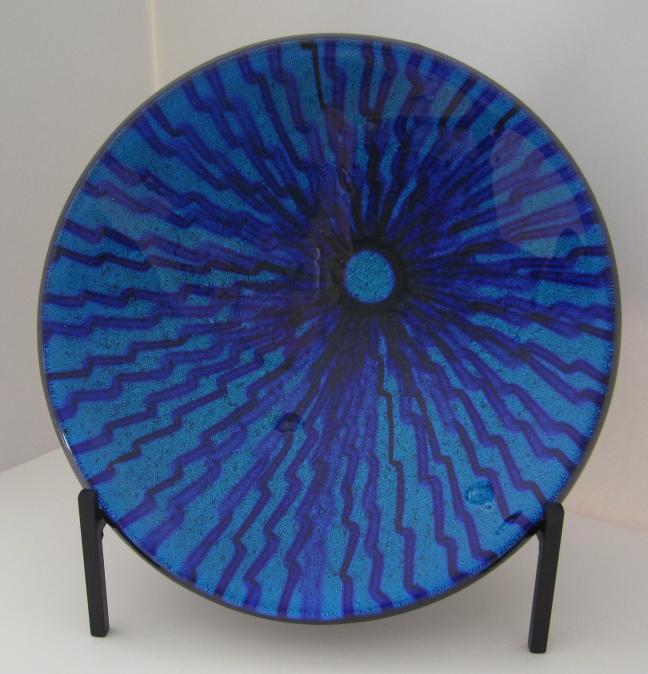 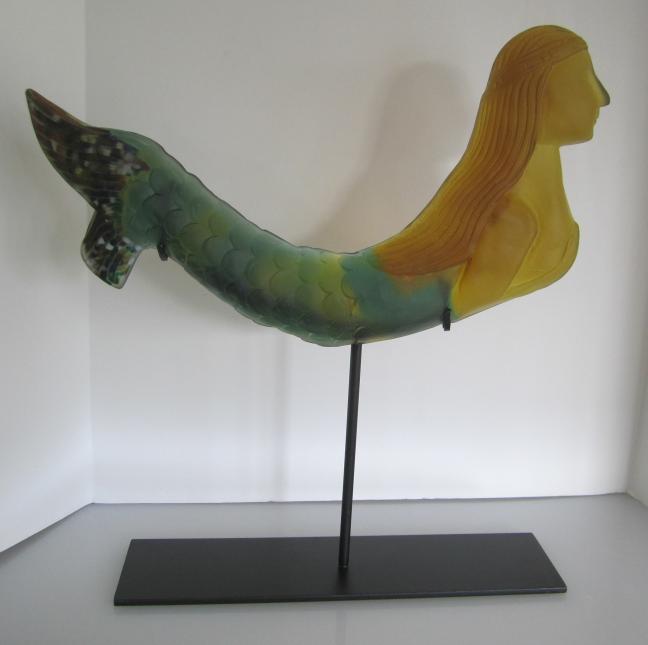 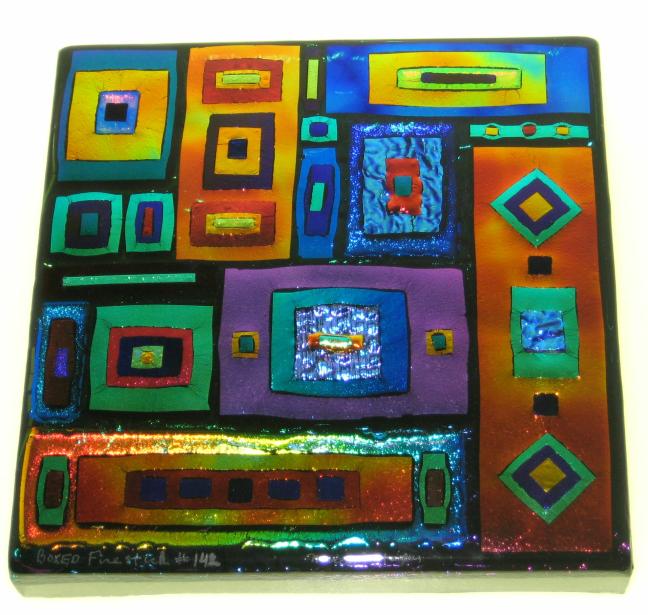 Previous Next
Vendors Category: Art / Books
Marcus Harper, a native of North Dakota who now makes his home in Washington State, has been interested in the creation of art from an early age. His fascination with glass also began at a young age, initially through the teachings of his parents (also artists) and from a healthy appreciation for the beauty of the glass windows prominent in local churches. He was (and is) inspired most by the works and imagination of Dale Chihuly, Frank Lloyd Wright, Louis Comfort Tiffany,  our natural environment, and human interactions.

Marcus’ initial “hands-on” experience in working professionally with glass as a medium started as a result of a stained glass class taught by Alex M. Shaffer in 1988. He worked exclusively with stained glass for nearly ten years. Sensing a need to venture further and experiment with other dimensions offered by this medium, he enrolled in a basic fusing class with Vicki Day and discovered his true passion: the manipulation of glass. His learning experiences include workshops with internationally-recognized masters in the field: dichroic fusing and surface manipulation with Shirley Webster, kiln-formed bracelets and dichroic embellishments with Jayne Persico, advanced fusing techniques with Alex M. Shaffer, glassblowing with Chris Beck of Seattle Glassblowing, pâte de verre with Alicia Lomne,  kiln casting with Richard Whiteley, relief image kiln forming with Kerry Transtrum, and kiln forming with Philip Teefy.   His involvement with, and experimentation in using, these various techniques over the past several years has allowed him to produce the complex pieces of glass art he offers today – an evolution of art driven as much by his curiosity as by an expanded knowledge of the mysteries and wonders of this medium.

The majority of Marcus’ work reflects the love of light, regardless of the piece or medium. Each unique design strives to create a radiance of warmth, inviting the viewer to contemplate the interaction of light, color, and texture.  In the past, Marcus focused his work primarily on mosaics, Frank Lloyd Wright designs, and Tiffany reproduction lamps.  He has devoted great effort to perfecting the art of glass fusing and slumping and is currently involved with glass kiln casting, a glass manipulation art form that is increasing in popularity.

Marcus has co-chaired a number of art shows in Arizona (where he lived for 23 years) to promote art appreciation. He has participated in numerous glass competitions and juried art events, where he has received various awards and accolades for his work. His glass creations have been featured in several Arizona galleries and are held in numerous private collections throughout the United States.  In July 2010 several of his kiln-cast art pieces were added to the Renwick Gallery of the Smithsonian Museum in Washington, DC.

Marcus resides near Seattle, Washington with his husband Charles and their daughter, son, and two energetic puppies.
Ruston, WA

Sorry, no records were found. Please adjust your search criteria and try again. 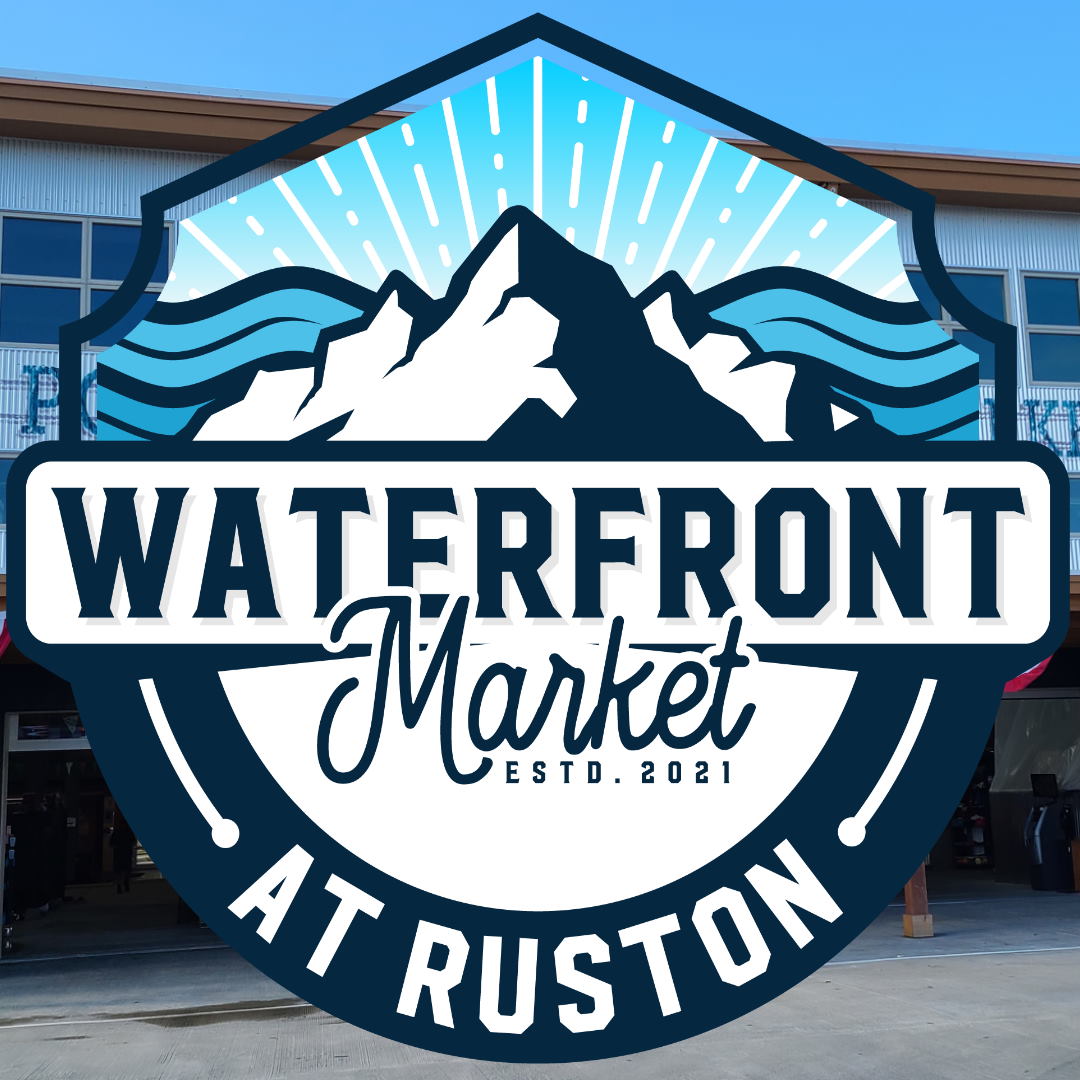 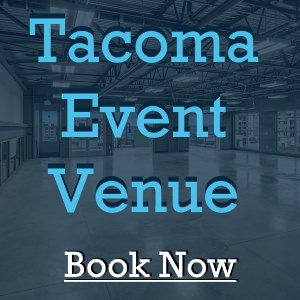